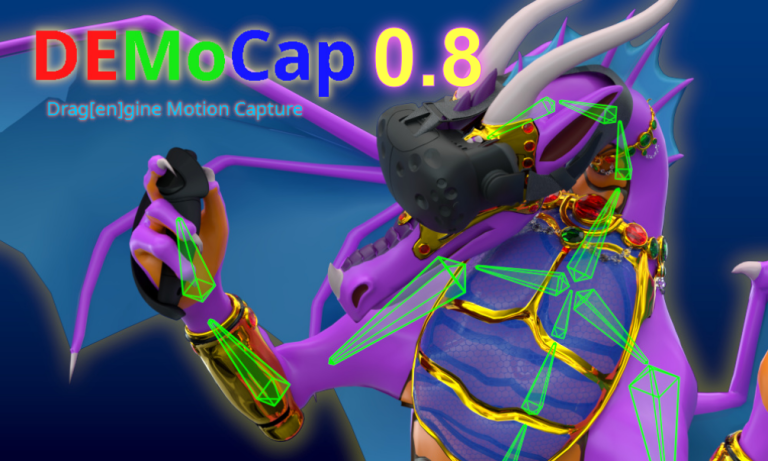 The DEMoCap is a Free Software Application allowing to do Motion Capture using VR equipment. There are various advantages to this technique compared to other MoCap techniques:

DEMoCap uses the original armature without modification. The captured animation is directly usable.

In short DEMoCap accelerates the animation production allowing for higher quality animations to be done in less time. 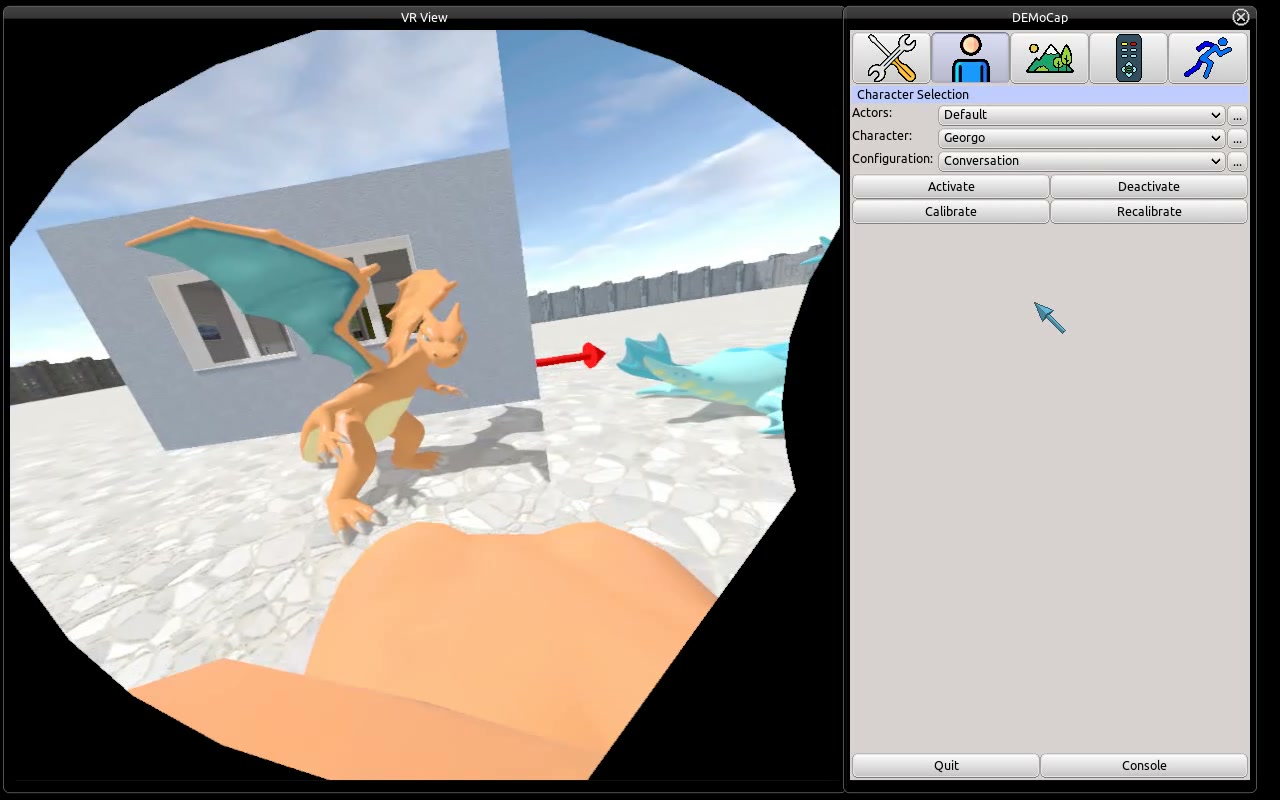 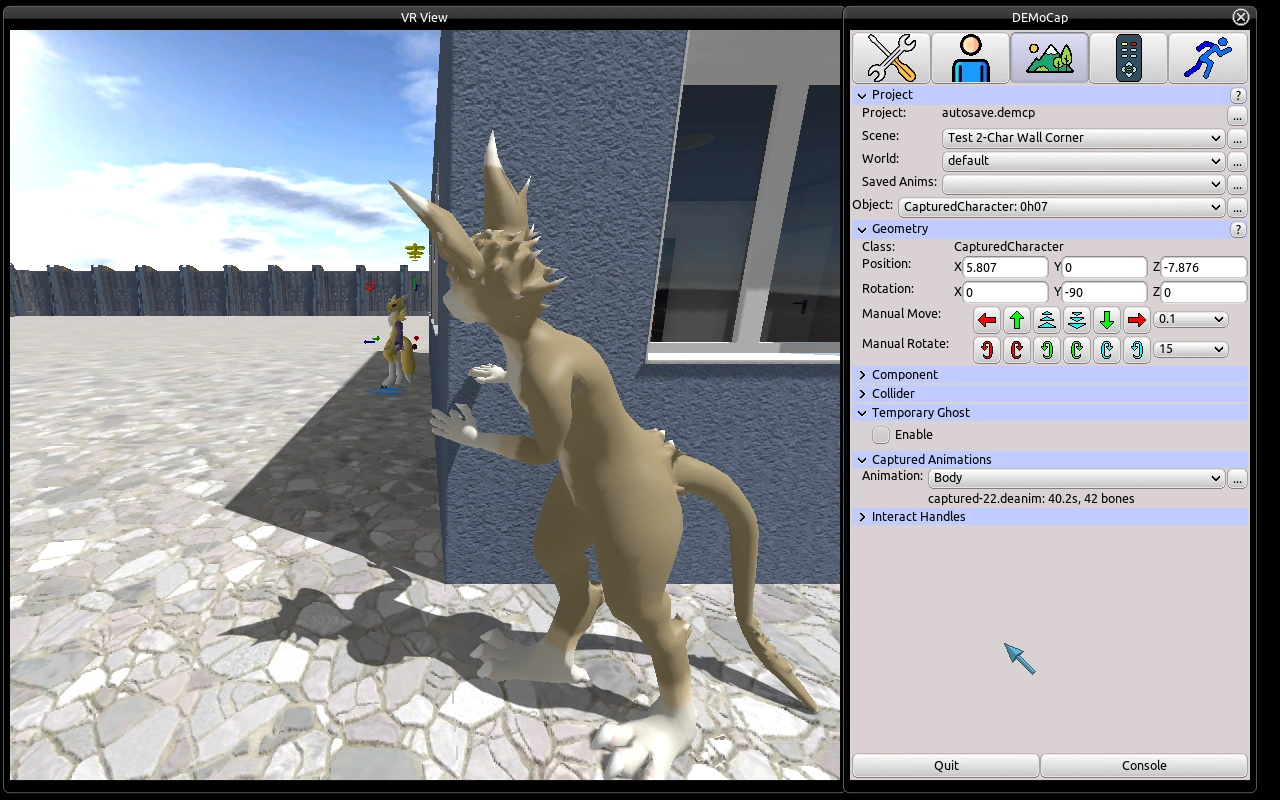 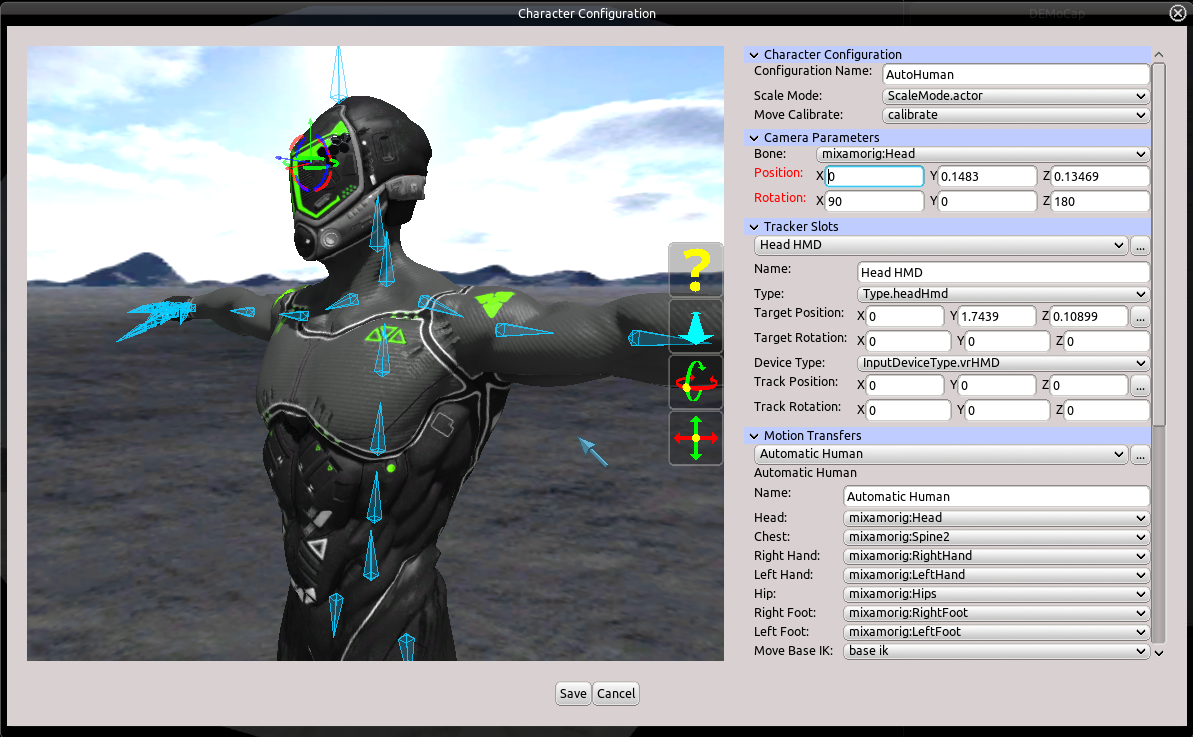 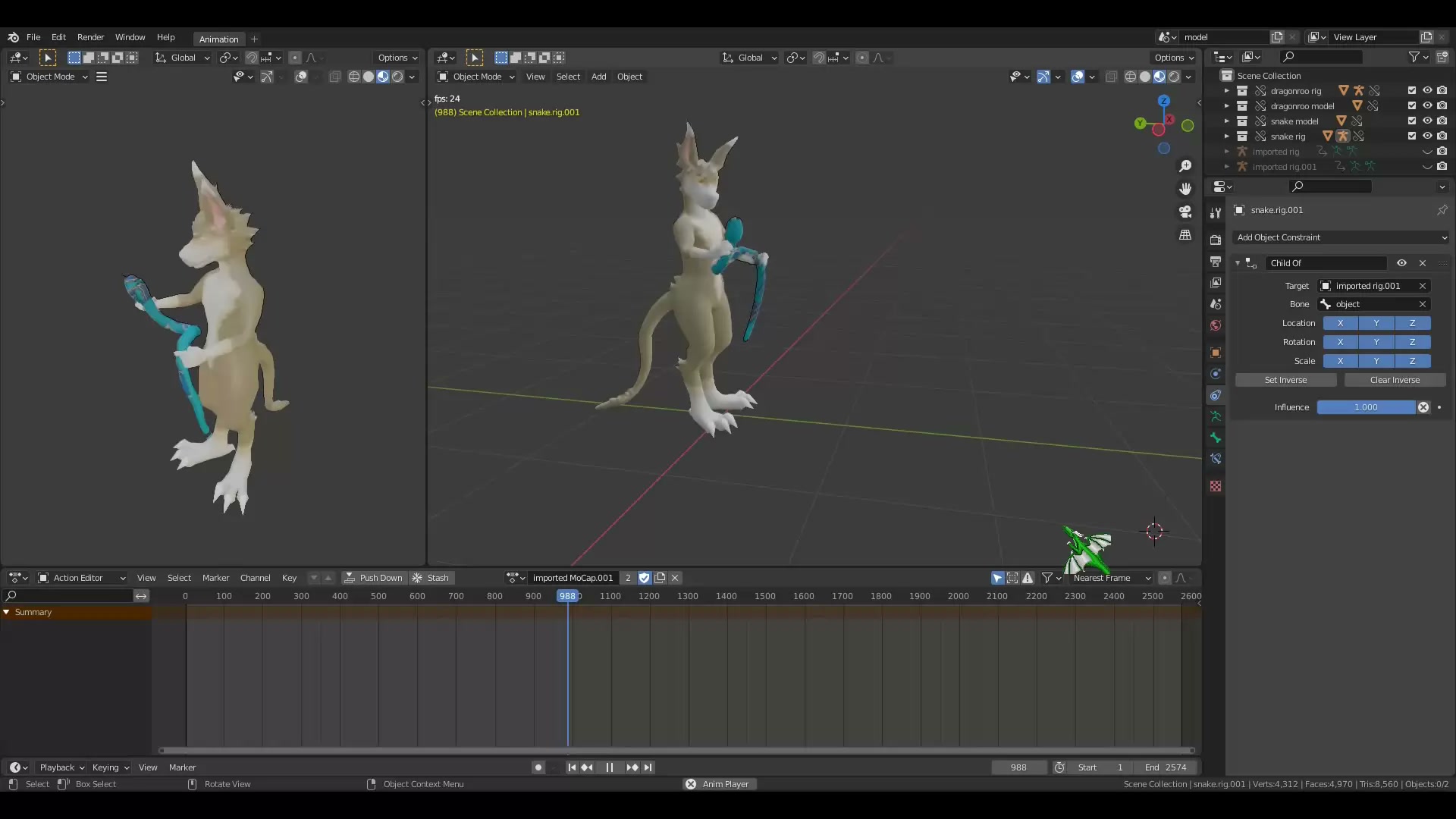 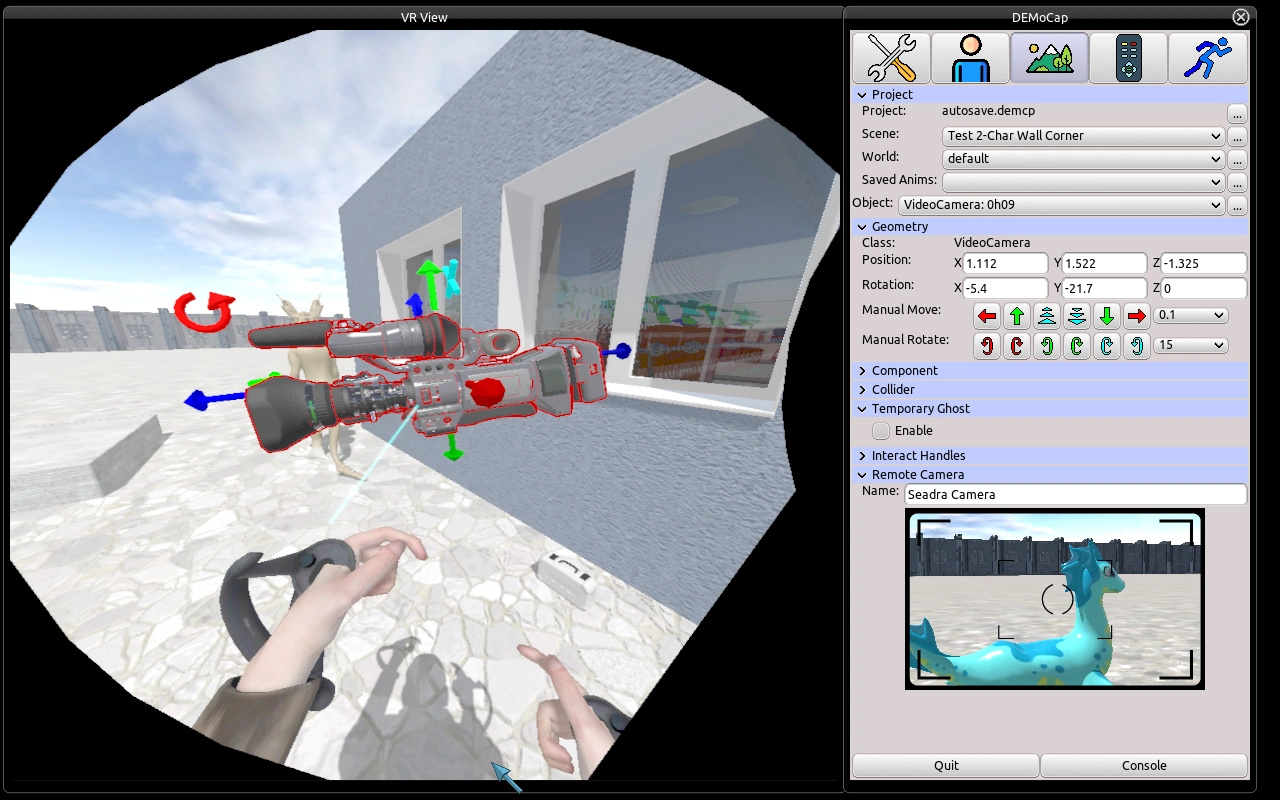 Set up world without needing a game enigne IDE 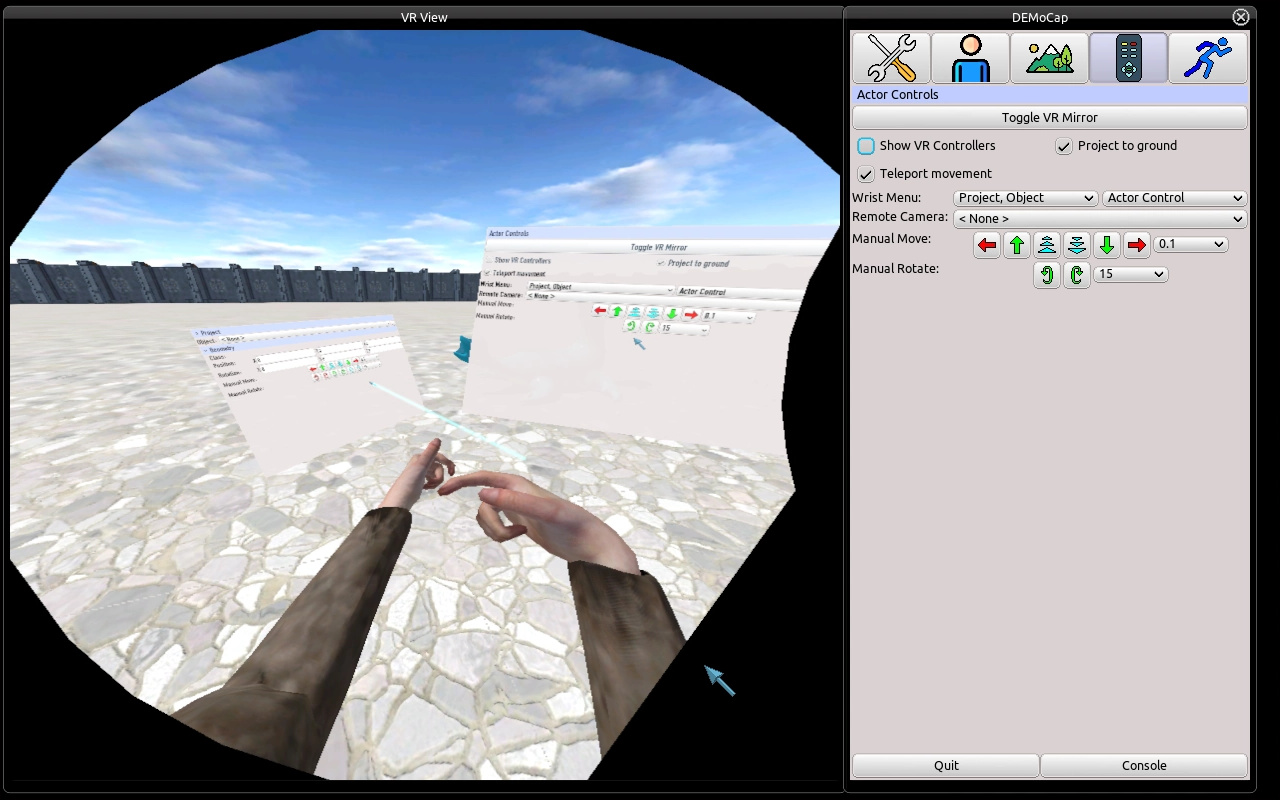 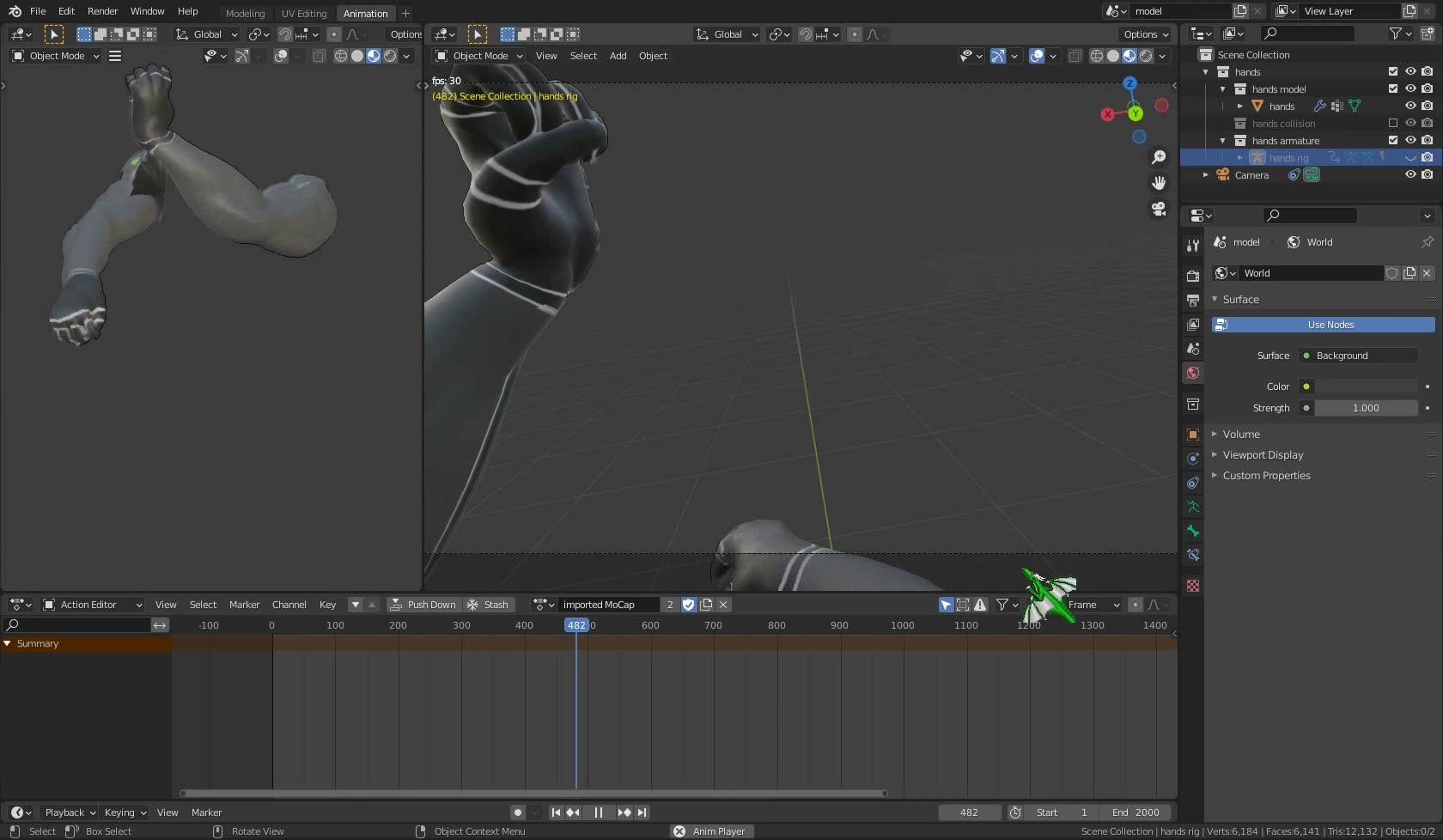 To use DEMoCap you require a working installation of the Drag[en]gine version 1.14 or newer as well as a working SteamVR (Steam) installation.

This is a Pre-Release version. It is usable for game development but only some features are yet implemented and bugs might be still present.

The Blender3D scripts are used to import motion capture data into Blender3D to modify/convert them to your project game engine. See documentation on the Wiki Page.

Documentation and Tutorials for using DEMoCap can be found on the

For community discussions and support

The DEMoCap source code can be found on the